Using the Power Button on Beaglebone Black for Shutdown

By default, when pressing the Power button on Beaglebone Black (BBB) for 8 seconds, the board will be powered off. However, this is not properly shutting down the OS.

Instead, I would like to use the power button to issue the shutdown command. After some research, found that the power button generates events that can be captured by monitoring /dev/input/event0.

Here is the script:


The script reads the first 16 bytes and see if it contains 0x74, which is the code for power button. If so, it will execute the shutdown command. Otherwise, sleep for awhile and monitor again.

The script is add to /etc/rc.local in order to be executed after every reboot

Normally I use my MH-C9000 to recharge and condition my AA / AAA batteries. However, it wont charge some of my older batch batteries. Maybe the internal resistance is just too high.

Even with low capacity, these old batteries are good for mouse etc low power devices. So instead of throwing them away, they are charged with a slow constant current charger. Here is a simple design of such charger. 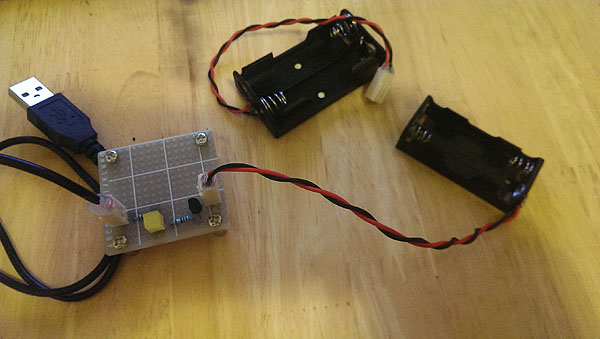